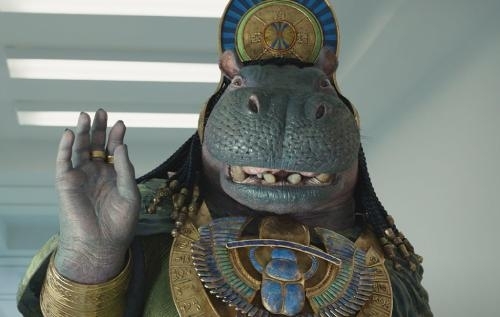 Currently trending in Fanfare at Metafilter: Moon Knight, Asylum; Better Call Saul: Rock and Hard Place; Russian Doll; Everything Everywhere All at Once; Spider-Man: No Way Home; The Unbearable Weight of Massive Talent.

Eurovision on FanFare
Watching Eurovision and want to chat about it? Here's a thread on FanFare! Meanwhile, in Fanfare, people are talking about The Umbrella Academy second season, the first episode of Star Trek, Lower Decks, Tamsyn Muir's book, Harrow the Ninth, the 1955 film The Night of the Hunter, and the "You're Wrong About" podcast Disco Demolition Night, among other things.

The Very Model of a Modern Major Baker

In FanFare, Major Clanger has been making recipes from this season of GBBO, check it out: Cake Week; Biscuit Week; Bread Week; Dairy Week.

hugo awards by trendingtopics (cc by)

If you're watching the Superbowl, c'mon over to Fanfare!

Baseball fans come on along - Dodgers vs Red Sox, the MLB World Series chat and watch is happening on Fanfare.

Baseball! The heroes, the villains, the extra inning games. Come to Fanfare for all your baseball playoff discussion needs: first the division series, then the NLCS and ALCS (Brewers/Dodgers and Astros/Red Sox).

Join today's livewatch and discussion in Fanfare for the World Cup Final!

Come share your excitement for the World Cup! There's also a bracket thread, and we'll sidebar Fanfare threads for livewatching as they go up.

Art redeems us all - come on over to Fanfare for Eurovision 2018! Curling by BC Living (cc by)

Join us in Fanfare for the Winter Olympics Opening Ceremony, and for ongoing discussion of all the events of the 2018 PyeongChang Olympics ! It's Superbowl time! Come join in the Superbowl post on Fanfare -- for NFL football, and all the associated intra-Superbowl tv hoopla (ads, halftime, etc) Semifinal 1 EUROVISION 2008 by proteusbcn (cc by)