We've borrowed the quidnunc kid's kind message of love and sharing to all of us to wrap up some touching, interesting, inspiring, educational, fun and/or funny posts to take our minds off certain recent events:

Dear hearts, I should write to you all and each only to say: you are dear, precious, lovely and great hearts. But my words are all worthless, and your honest hearts are greater than my useless words. Persist, I beg you; if we cry together maybe fate will let us halve our tears. But better that you have relief, if the Earth did not make hearts for only weeping.

Got that good soul in my feet

Put your dancing shoes on and take a trip around the world, in gusandrews's fascinating comment on the myriad ways social dance changes and spreads.

Doroteo Arango II reflects on one night at a famous dance club in London. "In 2002 I made a literal last minute decision, standing at the check-in line at the airport after a visit to my sister, to stay in London and see how long and how far I could make it with 100 pounds and basic English..."

Did you catch the incredible historical find, re-created Afro-Caribbean dance music from the 1600s?

What are some of your favorite transcendent, gives-you-chills performances? (And how about most amazing heart-in-your-throat sports moments?) Theodolite asks a fascinating question: who are some famous artists, writers, historical figures, etc. whose reputations were revived by a single person? 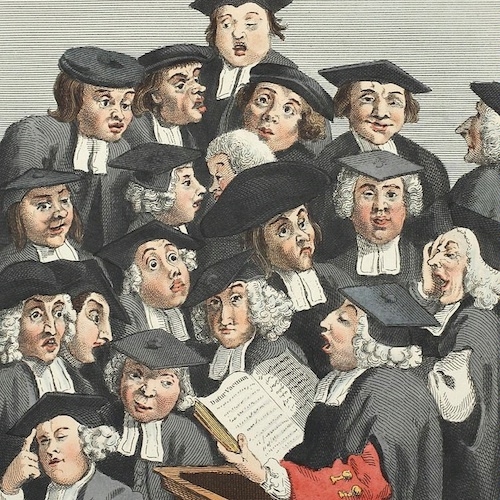 Okay, so I said I'd tell the full story of the perennially misbehaving student from the 18th-century. Here it is!

Catseye presents a provocative potboiler about a puckish pupil from the past. 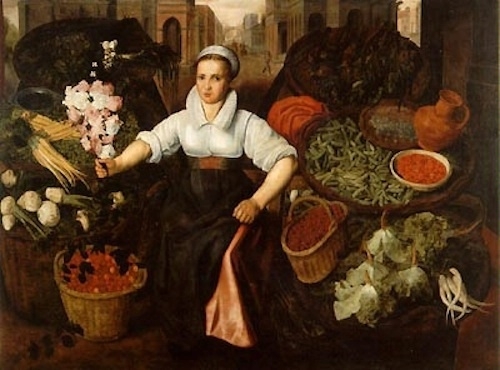 My current job is reading novels and what's called "writing coverage" on them. (Coverage is the entertainment industry equivalent of a book report, wherein people like me read things so that more important people can pretend they read them.) I read 2-3 novels per week, mostly self-published genre novels.

Sara C. has an interesting job, and some good advice on context, details, sources and backgrounds for historical fiction, in answer to the question, "what were the details of everyday life in late 16th century Italy?" All roads lead to Rome series by Nick Kenrick. (cc by)

But what's The Peutinger Map? Also known as Tabula Peutingeriana, it is a Medieval copy of highly stylized 4th Century map of the Roman road network, extending to India.

Kattullus invites us to explore the roads leading to Rome via "The Peutinger Map Reconsidered" with a variety of ways to view this ancient artifact, including overlays and lists of geographical features, while BWA offers What Latin Sounded Like and How We Know, and other linguistic treats from Nativlang. daniel_charms tells the story of how my father bought a car when he was a farm worker in the USSR, others share memories of their own Ladas, and languagehat offers some more detail on the process in the Soviet car-buying thread.

oog and others remember driving the Nullarbor Plain (including the longest straight road in Australia): "I did this mind-numbing drive in March of 2005, alone. ... I thought I was prepared..."

Good stuff, arts and whatnot edition

There has been some good stuff around lately. Hope you didn't miss the inspiring ass-kicking Paralympic athletes...

...or the "spiritual black metal blues" of Zeal and Ardor...

...or this jewelbox of an animated video from the Israeli band Jane Bordeaux....

...or this essay about literature and magic realism in contemporary China...

...or the influential landscapes by once-neglected but newly-renowned African-American painters from Florida. First NBL training run - Getting a feel for the suit. by AstroSamantha (cc by)

Check out the big auction of space items like navigational globes -- alongside this video from (Mefi's own) engineerguy Bill Hammack on how some of that equipment worked. (Also don't miss his video series recreating Faraday's historical lectures on how a candle works.)

Flight history detectives: Who was the first child to fly in an airplane?

From backseatpilot and Eleven, some expert answers to that age-old question: Which has better aerodynamics, an X-Wing or a TIE fighter? Bits and bobs of recent-ish quirky questions on Ask MetaFilter:

What did historical laydeez think about those codpieces?

Films that occupy that "liminal space between being a bad movie and an art movie"?

I vaaant to be alone! Temporarily deserted places that usually bustle during daylight hours?

No Chuck Tingle? What is the weirdest book in the history of English literature?

Not quite myself today. Is my body composed of a different set of atoms from when I was born? 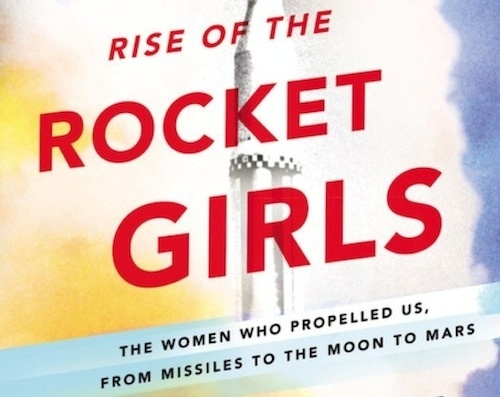 Amaaaaazing post from filthy light thief on the women behind the Jet Propulsion Lab and NASA, and the book by Nathalia Holt that celebrates them. 🚀 inside elevation by parramitta (cc by)

Why does Wyoming have such a low population compared to neighboring states? barchan explains, jeb adds: "everything in the West comes back to water".

Ever wonder what a "nor'easter" is? Check out the great answers from Seymour Zamboni, plastic_animals, and weathergal in rules of thumb for weather patterns in the USA.

Lots of different places have unique colloquial weather terms too. (Gullywashers, the foxes' wedding, and lots of wind terms again from barchan.)

Also in language surveys: What are some antiquated place nicknames (like the Borscht Belt)? What do other languages call it when your foot "falls asleep"?

Different cultures also have their own languages of flower-meanings. Plus some cool info from sukeban on how new imported flowers like roses made their way into kimono designs in the late 19th century.

For geography/history detectives: How can I tell, just from clues in the document itself, when a world map was made or figure out when a photograph was taken?

Did you see the new photos from the formerly-hidden-from-visitors North Korean subway system?

Some great answers in travel threads recently: Italy: non-traditional but amazing?, and also Scotland: what not to miss. codacorolla on their academic research on Minecraft players

The evolution of thimble technology, as seen in artifacts found scattered across England