In Ask Metafilter, Jane the Brown has a great answer to ficbot's question, Is there really a monster underneath the bed?? 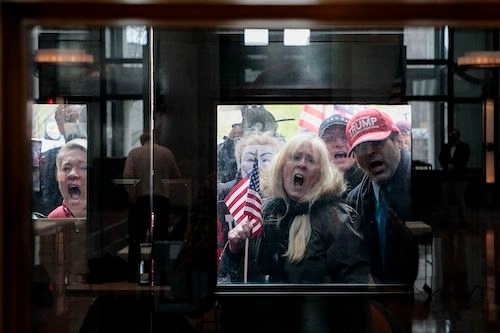 That Ohio protest photo that looked like a zombie movie, by Joshua A. Bickel, via The Washington Post -- and darkstar

Mefites have their own ideas about what sorts of horror films would fit the current zeitgeist, from the Second Monster, to bacon-enraged intestine-slurping aliens to posh Freddy Krueger (requires billionairity), to how difficult it is to clean a bathroom when evil forces keep messing things up again, plus stories! ... And opinions! Many Opinions!