Travel: Life in the Slow Lane 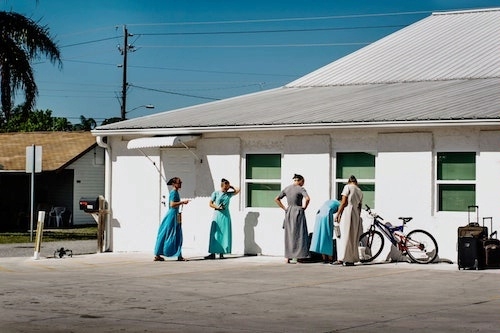 "They advised covering your face to avoid ropeburn on your nose" 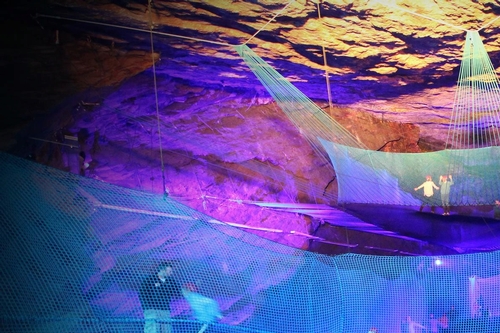 On the bottom level there was a trampoline-walkway up to a trampoline spiral which goes up to the middle layer if you don't want to climb the laddery-ramp thing instead. However the laddery-ramp thing was pretty steep and had a rope with loops to hold on to, which let me pretend to be Adam West's Batman, so it was kind of a toss-up as to which was funner between the ramp and the spiral.

Mefite aubilenon reports back first hand on the newly opened "Bounce Below," a giant network of trampolines and slides mounted to the walls of an abandoned Welsh slate mine at heights of 20 to 180 feet off the ground.