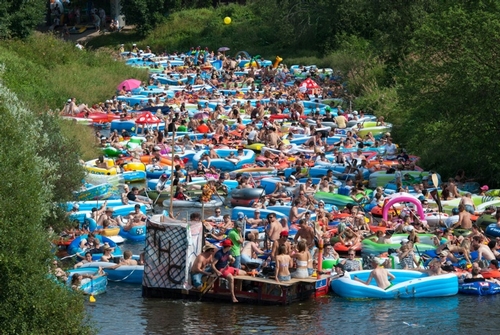 "Who Killed Captain Alex: Uganda's First Action Movie" was produced, written, directed, shot, and edited by Nabwana IGG from his home in Wakaliga, Uganda for under $200, using real blood and a modified car jack for a tripod

In Cesena, Italy, a year long-project of getting one thousand musicians to play Foo Fighter's "Learn To Fly," in an effort to convince the band to do a show in their town