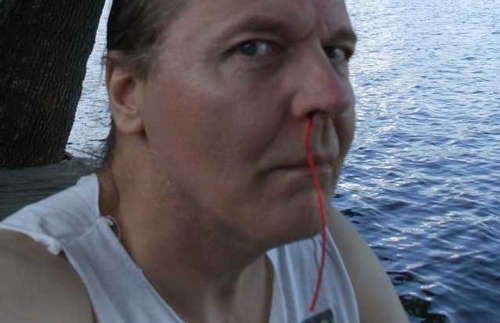 When user dancestoblue mentioned a friend sought privacy on planes by "putting a string up his nose" user cybercoitus interruptus asked "how does that work?" dancestoblue explained it in detail (with photos!)

"I believe we can now state, scientifically and unequivocally, that you can just by god knot you some heavy string up and poke it up your nose and get ready for even the jerkiest jerks to give you some space."

dancestoblue showed us it's easier than it sounds and after viewing what it looks like, I'd agree you'd probably be ignored for most air travel if you did it.

originally spotted by jessamyn
04/13/12
by mathowie