Two women pose with their skeleton friend by simpleinsomnia (cc by)

Have you felt it? It's been creeping up on us for some time now: Memento Mori October, a month worth of spooky posts by filthy light thief and Johnny Wallflower. Invasion - connect the dots by Ales Kladnik (cc by)

The art of the tiny comedy - in recognition of the shuttering of Vine, come share your favorite vines.

Poems for shy people in love In Ask Metafilter, beijingbrown asks about "poems or lines of poetry about love that is awkward, hesitant and quiet - filled with silences and mis-timings" ... while in other quests for words and sounds about feelings, thoughts and things, switcheroo seeks "songs that pick me up and make me want to live again after a long day of work," picklenickle is looking for good songs with lyrics that are hella gay, and slidell searches for children's rhymes and songs that are free of ghastly, scary, and offensive things.

Show us your pretties! 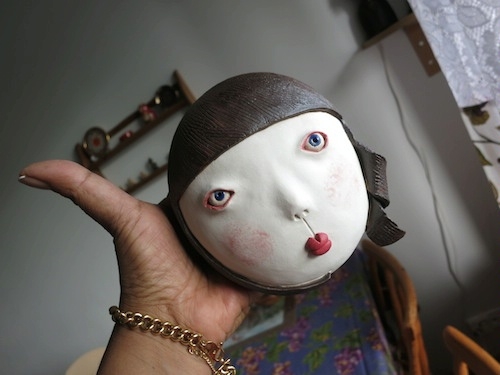 infini's Girl in the Wind by Midori Takaki

I'm feeling the need for some beauty and some MeFite sharing, so let's see (and/or read about) your favorite object of beauty in your living space

In Metatalk, Eyebrows McGee invites us up to share our etchings! I've made a few internet connected tea kettles in my day.

121: Gold Medal For Restraint
Hey, it's the next podcast episode! samelborp reports in from Catalonia: "... I went to the plaça de la vila (town's main square) to see them perform. One thing is to watch it in TV, but when you are there you realize what it takes to build those inmense human towers, the huge amount of people and how they arrange themselves..."

fuzz follows castelling too: "[Catalan tv] covers the Castellers every week as though it were a major sporting event. [...] it's amazing how the competition has intensified ... An 8-level castell was impressive a few years back; this time I got to see two successful 10-level towers."

In a 2005 thread, shoepal told how "I actually participated in a castelling (practice) event on a hot autumn afternoon in a small town outside of Barcelona. I was part of the base of the castle and had folks walking on my shoulders towards the center."

...and benzo8 on being a regular casteller: "us guys at the bottom may well have ten people directly on our shoulders, and maybe fifty-sixty people above us in total!"