"Wow, I love a lot of these. But as I was going through the reddit thread, I came across this picture. It isn't the most stunning example of colorization, but it was striking to me nonetheless. The person in the photo is my great uncle, Raymond Bowman..."

"the weird American who has the manners of a hick from Hokkaido." 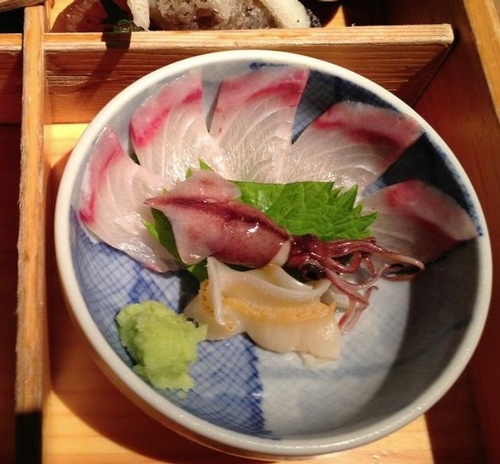 But now I have to eat the damn things. I've eaten squid in about every form known to man, but this one is new to me. And I sure as hell am not going to embarrass myself in front of all the locals. Of course I know how to eat this, don't I? But do I just wolf it down? They're only about 3 or 4 inches long. And what's all this other stuff on the plate? I know it's not just for decoration.

charlie don't surf shares a story of how he learned to eat hotaru ika.

MeFite Conspire helps to dispel some misinformation in an MSG thread with SCIENCE.

"Lois stops him, telling him that if he's better than human than he needs to start acting the part." 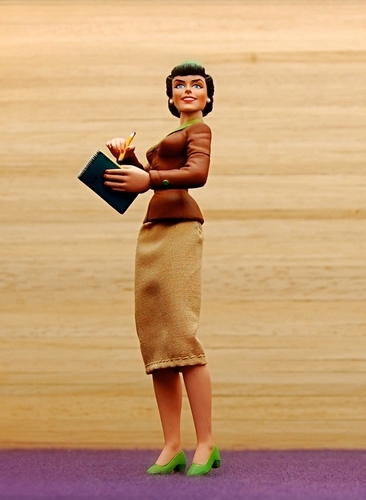 They each try to patch things up with Lois, but she tells them each off, pretty much inspiring their methodologies ("You need to think about the little people, Bruce. How many more kids in Gotham became orphans while you were palling around with Luthor?" - "Read this issue of Spider-Man, Superman, and look closely at the Power/Responsibility line."). The dudes take her message to heart and try to act the parts they should. She keeps telling them "nice start, but you need to do X, Y, and Z. And also you two should try to play nice with each other. Go have a meal together and meet me back here in the hotel bar afterwards."

Eyebrows McGee talks about listening to her great-grandmother's piano rolls.

My great-grandmother, under a false name, recorded several piano rolls during the Depression to help feed her family. This is one that she played, Never Again, that has been rereleased as a historically important recording and they're making new copies of the roll.

It makes me a little teary to be listening to my great-grandmother playing piano via the magic of the internet. The gentleman who collects, curates, and re-releases this got in touch with my family several years ago because he'd managed to track down my great-grandmother's real name, and wanted information to add to her biography, as she recorded a LOT of rolls and was fairly well-known for it. The curator was able to send us audio files of a bunch of her rolls playing on the roll piano, and my grandfather, who was quite elderly at the time, was able to hear his mother play piano again before he died last year. It meant an awful lot to him, and to us, and it makes me teary to be able to listen to this one on YouTube. After seven long weeks, the prodigal cat returns! I am overjoyed -- I don't think I realized how much I missed her until I had her back in my arms.

tickingclock gets good results from hiring a pet detective.

"in my shop we have SO MANY FEELS FOR BIKES" MeFite spikeleemajortomdickandharryconnickjrmints talks about what sort of routine maintenance your bicycle is likely to need.

the big takeaway is that you need to ask your shop to break down the individual items on the estimate and also tell you WHY things need to be done. We expect to get called out on every recommendation, so we don't just make shit up, ever. If we say your wheels need to be replaced because your braking surface is worn, then we will also be ready to break out the tool that indicates this. If your shop says something like that, by all means reply with "Ok, could you please show me why you think that needs to be done" and if they wave their hands in the air and give you woo woo or something, fuck 'em.

"The same Highland High School that Beavis and Butthead attended" Vince Gilligan didn't originally envision the locale as any specific place, certainly not ABQ. He saw this as a story taking place in vanilla suburban USA. So while the show has very much developed a strong sense of place, it's a carefully limited one — emphasizing the quotidian suburban life and bleakly semi-urban neglect and in contrast to the austere desert surrounding it. Missing is the mountain and national forest to the east, the more picturesque and lovely examples of Albuquerque life and architecture. BB's Albuquerque is a city of uninteresting middle-class, suburban homes. The despair of ubiquitous and shabby strip-malls is accurate, though.

Back when I read about where each of the depicted homes really were, I was pleased to find that I'd correctly identified all the neighborhoods by sight.

Kittens, the care and feeding of

brina offers some advice for people acquiring a new kitten, in outline format.

"A classic clash between providers and users of technology." Silly putty is a copying tool. by PugnoM (cc by)

Somebody at Xerox had PDF as a checkbox and put it into the scanner, and since Xerox is part of the JBIG committee, you can bet that they have free access to that and embedded that too....

Smaller files that are delivered in standard formats is a marketing/sales point. It's in a blurb from Xerox right here. The problem is that in implementing this feature, they don't have a particularly good way to turn it off. Maybe there is - I read through the user manual and system admin manual and I don't see anything that would appear to do that, although while it seems like there is templating system under the hood that could be manipulated into changing those settings, they didn't really go out of their way to document it.

It comes down to complicated choices that were informed by a marketing decision and hidden behind friendly menus that hide the complication.

plinth breaks down what you need to know about PDF compression, and what probably went wrong at Xerox.